Go to > Home » Latest news » 2023 Oregon legislative preview: What you need to know

2023 Oregon legislative preview: What you need to know

The Oregon Legislature began its 2023 work in earnest on Tuesday, Jan. 17, with just more than five months to pass a budget and tackle pressing issues including homelessness, addiction and a public defender shortage that has left hundreds of people without their constitutionally guaranteed right to an attorney.

The 90-member Legislature must end its work by June 25. Here’s a look at the biggest issues lawmakers will face this year:

The chief task before lawmakers is passing a budget for the two-year period that begins July 1 and ends June 30, 2025. That work will start with a budget proposal Gov. Tina Kotek plans to introduce before Feb. 1 and continue through the following months as Kotek’s staff, legislative leaders and lawmakers on the powerful budget-writing Ways and Means Committee work out where and how to spend billions of dollars.

Crafting a budget is never easy, but it will likely be made more difficult this year by a deficit. Oregon and other states received an influx of federal funds from pandemic relief legislation over the past few years, and a December report from the Legislative Fiscal Office estimated that the state will be short roughly $560 million if it tries to continue funding current programs at the same level.

It’s unlikely that legislators will be able to raise revenue to fill that gap, as Republicans won enough seats in the November election that Democrats who hold the majority will need Republican support to pass tax increases.

And they need to plan ahead for future downturns. State economists are forecasting a mild recession beginning this fall.

Kotek and Democratic leaders have indicated they plan to prioritize housing, homelessness and behavioral health in the budget.

Building more homes, helping people afford to stay in their homes and helping thousands of Oregonians out of homelessness are the top priority for Kotek and legislative Democrats. Kotek is seeking at least $130 million to address homelessness early in the legislative session.

Lawmakers have introduced legislation aimed at clearing some construction barriers, including a bipartisan bill to have the state provide financing for the construction of homes affordable to people making 80% to 120% of the median income in an area. Those middle-income Oregonians earn too much to qualify for subsidized housing but not enough to afford market-rate rent or mortgage payments.

There are also bills to provide cash assistance to people who are homeless or at risk of becoming homeless and several proposals to create or extend tax credits and other incentives for affordable housing projects.

Lawmakers plan to address Oregon’s behavioral health and addiction crisis, which is linked to concerns like homelessness, slow patient transfers from jails into the Oregon State Hospital and a lack of access to treatment in community mental health programs.

Lawmakers will tackle the situation in different ways, said Rep. Rob Nosse, D-Portland and chair of the House Committee on Behavioral Health and Health Care. Lawmakers need to prioritize community mental health programs, which can provide treatment to people early before a problem worsens but often lack needed resources and workers, he said.

When patients leave Oregon State Hospital and return to their communities, they often need community mental health programs to aid in their recovery. Nosse said the state also needs to build more residential facilities in Oregon for people with behavioral health needs who need shelter and care.

Oregon faces a lack of public defenders, who are court-appointed attorneys to represent people facing criminal charges when they can’t afford their own lawyer.

The problem impacts hundreds of Oregonians: About 800 people lacked representation in November, state data show. The problem carries legal risks because it delays the defendants’ day in court for a speedy trial, as required by the U.S. Constitution. The state constitution also calls for courts to administer justice “without delay.”

State lawmakers in December gave the state’s Public Defense Services Commission $10 million to address the issue. The commission, which is responsible for public defenders statewide, has to submit a plan to lawmakers by the end of this month.

Lawmakers will look for ways to get more money so public defender offices can hire and retain staff to manage soaring caseloads, though it’s uncertain how much that will be.

They also want to see more attorneys enter the field in the long-term. One bill would help public defenders pay off student loans and potentially aid with recruitment and retention. The legislation would offer a long-term hook: $20,000 a year for up to 10 years, or $200,000 to pay off student loans.

Lawmakers expect the situation will need long-term attention. Another bill would require the commission to study the issue and report back by the end of 2024.

Lawmakers have introduced more than 100 education-related bills, many of which aim to tackle workforce shortages, increase accountability for school quality and improve conditions for students with disabilities.

Chair of the Senate Education Committee, Sen. Michael Dembrow, D-Portland, introduced a bill directing the Department of Education to study the adequacy of state education and how the department can play a larger oversight role.

Dembrow said legislators this session will face challenges coming to a shortlist of priorities. He described the state’s education budget as “woefully underfunded,” and in need of more than $500 million to meet schools’ needs.

Water quantity and quality issues across the state will take center stage. House Bill 2813 would require the Oregon Health Authority to ensure that communities in the state have access to safe drinking water. The department is responsible for ensuring water safety for public water systems in Oregon, but it is not obligated to guarantee safe drinking water for people who rely on private wells for their drinking water.

Democrats are proposing state agencies more closely regulate industrial livestock and dairy operations. Senate Bill 399 would limit water use for confined animal feeding operations, known as CAFOs, and House Bill 2667 would put a pause on all new CAFOs for the next several years.

Julia Shumway has reported on government and politics in Iowa and Nebraska, spent time at the Bend Bulletin and most recently was a legislative reporter for the Arizona Capitol Times in Phoenix. Alex Baumhardt has been a national radio producer focusing on education for American Public Media since 2017. Ben Botkin covers justice, health and social services issues for the Oregon Capital Chronicle. 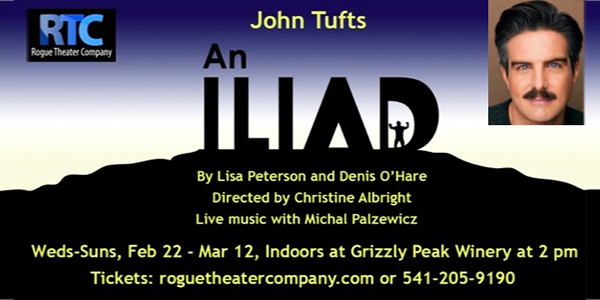