After two arduous years, OSF launches what it hopes will be a full season

The curtains have been drawn, the actors have rehearsed their lines, and it’s show time for the Oregon Shakespeare Festival’s first full in-person season since 2019.

Accessibility, agility and fostering artist care are key themes of the 2022 Oregon Shakespeare Festival season, say festival leaders. Coming off of two years muddled by a persistent COVID-19 pandemic as well as the impacts of the Almeda Fire in 2020 and wildfire smoke in 2021, the organization has adjusted how it plans for shows and even how it cares for its actors and staff.

“We spent a lot of our time thinking about, how do we redesign OSF for success in the future?” said David Schmitz, executive director of OSF, in an interview with Ashland.news Friday afternoon. “One of those things that we did is we adjusted ticket prices to be much more accessible across the entire season.”

The first two plays opened last week: “Once on This Island,” based on the novel “My Love, My Love” by Rosa Guy, a musical directed by Lili-Anne Brown, runs through October in the Angus Bowmer Theater; “unseen” by Mona Mansour, directed by Evren Odcikin, runs through July in the Thomas Theatre.

The 2022 schedule includes eight productions in the Thomas, Bowmer and Allen Elizabethan theaters, including William Shakespeare’s “The Tempest” and “King John”; “Revenge Song: A Vampire Cowboy’s Creation” by Qui Nguyen; and “How I learned What I learned” by August Wilson. A full performance list is available at osfashland.org.

Tickets now start at $35 each and range up to $75, down significantly from top-priced tickets upwards of $130 in previous seasons. Also returning in June will be the free Green Show outdoors “on the Bricks.”.

Nataki Garrett, OSF artistic director, said OSF will also highlight accessibility this season in other ways, such as providing American Sign Language captions and resources for the hard of hearing during the fourth weekend of each month during the season and during as many shows as possible.

A requirement to wear masks inside theaters is set to stop on May 1, though patrons will still be encouraged to wear them. Play attendees must show proof of vaccination or a negative COVID-19 test to enter a performance.

OSF leadership will continue to closely monitor how an emerging variant of COVID-19 fares in Oregon.

While ticket sales are lower for this time of year than might be expected, which is thought to be due to emerging from the pandemic, both Garrett and Schmitz expressed optimism for the season going forward.

“We’re coming out of a crisis,” Schmitz said, noting he believes sales will ramp up. Garrett shares his optimism.

“That anyone is coming back is actually quite the miracle, and this is a good test year because coming off of a pandemic, we don’t have any records of how anyone else did this before,” Garrett said. “We’re learning. I’m actually very pleased with where we are, because I feel like we are going to ramp up.”

Garrett is just glad that the festival can happen at all, and especially that it will be held in-person, after the last two tumultuous years.

“Had you not done those hard things in 2020, we would not exist,” Schmitz said, turning to Garrett to acknowledge her work. “It’s worth really sitting with that.”

“If you come into a season that’s already been designated, what you get to do is spend your year learning about your organization, through the work that was planned for them,” Garrett said.

The 2020 OSF season was previewed on its website as a “Jubilee” year, with plans to focus on the works of women, people of color, LGBTQIA writers, and playwrights with disabilities. Instead, that season turned out to be more in line with the title of one of the scheduled plays: “Everything That Never Happened” by Sarah B. Mantell.

“Five days into that (season), everything shut down,” Garrett said.

Due to the COVID-19 pandemic, OSF laid off 483 employees in 2020, a number she said she won’t soon forget. The overall economic impact OSF has on the Rogue Valley has been estimated at approximately $250 million, and Garrett and Schmitz said the ripple effects of the layoffs were felt well beyond Ashland.

“This year, there’s going to be two of the shows from that year that we’re bringing back,” Garrett said, referencing “Confederates,” which Garrett directs, and “The Tempest.” “Aside from raising enough money to help try to save the organization, what I had to do was also learn all those things on the way, learn about the organization without the actual work to focus on.”

Sitting in on one of the last rehearsals for “Once on This Island,” Garrett and Schmitz visibly relish the sight of actors on the stage, knowing that audience members will be returning to the seats.

“Everybody has to figure out how to roll with it because the big unbelievable happened,” Garrett said. “The entire industry was shuttered for two years and so, now, you do have to think about … anything is possible.”

Among those possibilities are wildfire smoke. Garrett said OSF has planned its season with that in mind, reducing the number of August performances in case of wildfire smoke.

OSF had to cancel 16 of its 18 performances between early August and mid-September in 2021, due to excessive smoke, according to Schmitz.

“If we do have to cancel, we’re not doing what we did in years back when it was a real terrible event when we had to cancel so many performances,” Garrett said.

OSF will also stage a winter show, “It’s Christmas, Carol!” to supplement the season and provide a chance to connect with audiences later in the year.

The way OSF has had to pivot represents a “flexibility” and a “nimbleness” that Schmitz and Garrett said that the entire theater industry has had to adopt to survive the ever-changing landscape that shaped the last two years.

“The whole season is designed around that flexibility and that’s what we’re trying to retool this 85-year-old organization, which is not built around flexibility, to become a flexible organization,” Schmitz said.

“The Great Resignation,” which has impacted businesses across the U.S., no doubt is part of the equation, according to Garrett and Schmitz. OSF is adjusting the best the organization can, not unlike theaters hiring across the country.

“That will actually be visible to the community as they come,” Schmitz said. “Concessions won’t be up for a while, because we can’t hire the people to do it. The box office isn’t open before performances because, literally, we can’t staff it.”

Now back at 300 employees, they are looking to hire up to 50 more this season, despite difficulties filling many of the roles.

“Audiences won’t see this, but we’ve had to adjust the design of shows because we can’t hire enough people to build them,” Schmitz said.

Educational programs will return this year as well, with some reimagination, Schmitz said. Classes will again be allowed to tour the buildings.

Garrett said throughout the pandemic, she was struck by the idea that people are going to need care and generosity.

“And so, why not center care and generosity?” Garrett said. “Why not be human-centered in the way that you do your work?”

Garrett’s and Schmitz’s vision for the organization is to be “artist-centric” in every sense.

Rather than being artist-centered in name-only, Garrett believes it is more important that the philosophy be embedded in all that OSF does.

Throughout the pandemic, Garrett remained motivated to help OSF employees return to the stage.

“There were so many people who made their lives connected to this theater,” she said. “This is a destination theater, so people move here and they buy homes and they put kids through college on the work they do here.

“We have to have a place where people can come … and do their most awesome work,” she added.

Garrett said she’s been humbled by the experience of having to cut a season short and knows that she is not in control of the duration of a scheduled season. She manages to stay light-hearted about it, too.

“I hope we get all the way through,” Garrett said, “but if we get only a few days in, I’m totally down for that. I am completely humbled. I do not get to decide. I get to hope into the future.”

As OSF plans for its future long-term, the organization is also seeing younger clientele who may be coming not just for the plays, but to enjoy numerous outdoor amenities, like mountain biking, whitewater rafting, in addition to visiting wineries.

“Part of our vision actually is, as we attract more younger people, what we know about Millennials and Gen Z is that they’re omnivores in their experience desires — they want to do everything,” Schmitz said, “and so we really see that as our future.”

The days of most of their clientele coming to see all of the plays, “from morning until night” is no longer part of their long-term future, however.

“Some people will continue to do that, that will always be a part of this,” Schmitz said.

“But I think the reality is, especially as we attract younger folks, they’re looking for a lot of variety of experience and this valley really offers it, so we can be one of those legs of the stool.

Audience members are required to show proof of vaccination, including the first booster vaccine, or proof of a negative COVID-19 test taken within the last three days, or antigen test within the last six hours. Children in attendance are also required to follow the same protocols.

For detailed information on COVID-19 regulations followed by OSF, go online to osfashland.org/safety. 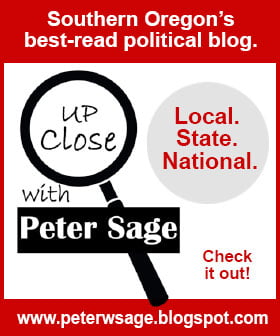