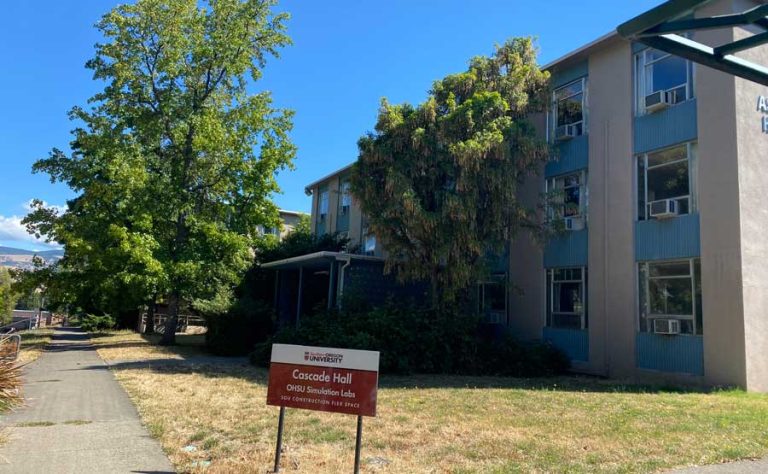 SOU President: ‘The crisis is real’

As part of an approach to address a multi-million-dollar shortfall, and to invest in projects hoped to lead to revenue boosts and more housing opportunities for Southern Oregon University students, the university plans to demolish Cascade Hall and solicit proposals for building senior housing units as part of a new, mixed-use complex. 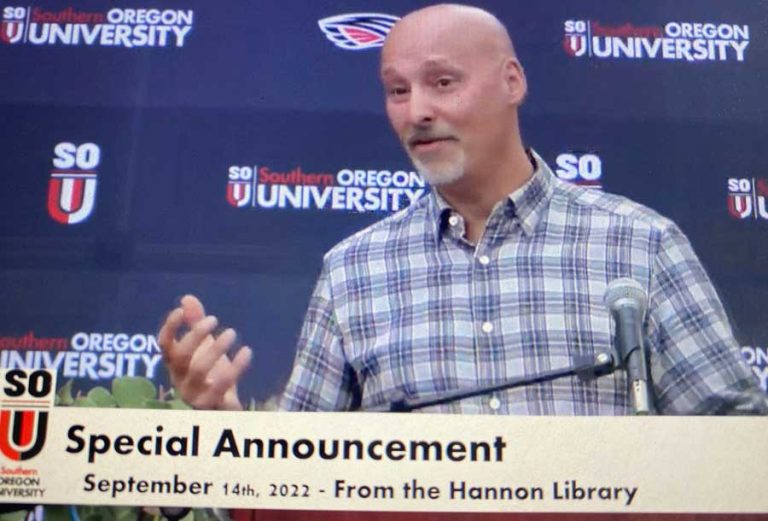 A donation of more than $12 million from Medford-based Lithia Motors CEO Bryan DeBoer to Southern Oregon University — the largest single donation to the university on record — will fund a $5 million scholarship geared toward first-generation students and those in minority groups and creation of a new Institute for Applied Sustainability, among other initiatives, SOU President Rick Bailey announced Wednesday. 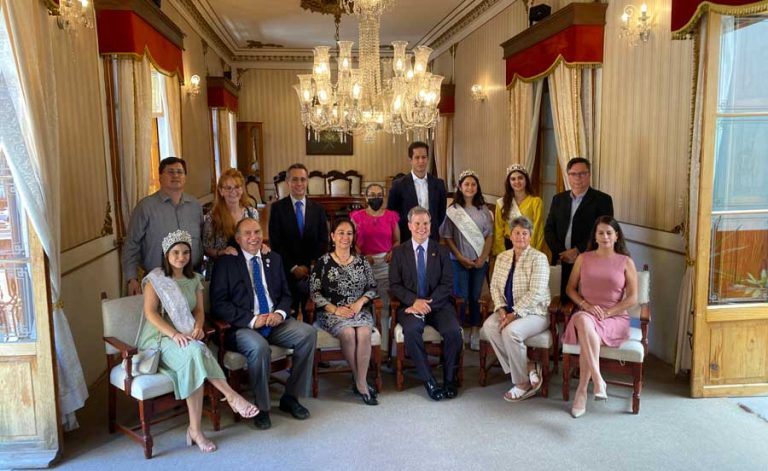 Guanajuato to Ashland visitors: ‘Welcome — our home is your home’

After three years of meeting virtually, flesh and blood representatives of Southern Oregon University descended on the city of Guanajuato during the first week of August. University President Rick Bailey and a small team from the institution spent several days meeting with university and city officials and friends in Guanajuato, revitalizing the sister-university and sister-city relationship after more than two years of COVID-19 precautions.

Southern Oregon University President Rick Bailey presented SOU’s highest honor on Monday in Guanajuato to two prominent supporters of the university exchange program between SOU and the University of Guanajuato. An SOU delegation and about 200 guests representing wide segments of the Guanajuato community looked on as the awards were presented to Juan Carlos Romero Hicks, holder of two master’s degrees earned at SOU before he embarked on a distinguished political career in Mexico, and his wife, Frances “Faffie” Romero Siekman, a prime mover behind a scholarship program supporting student exchanges. 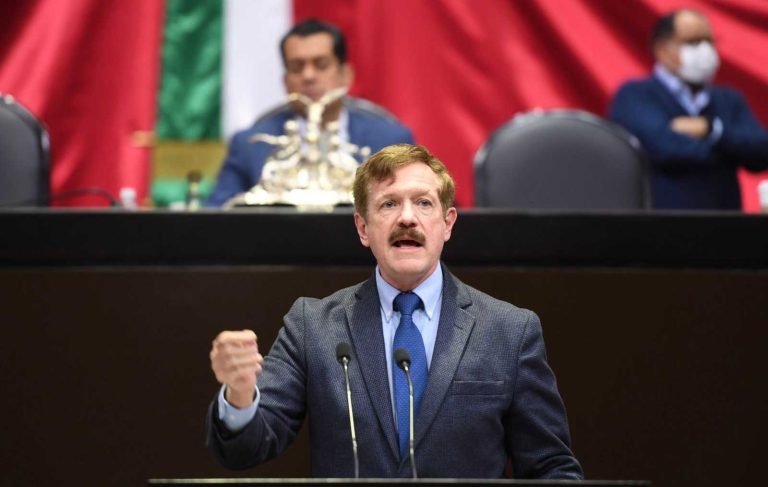 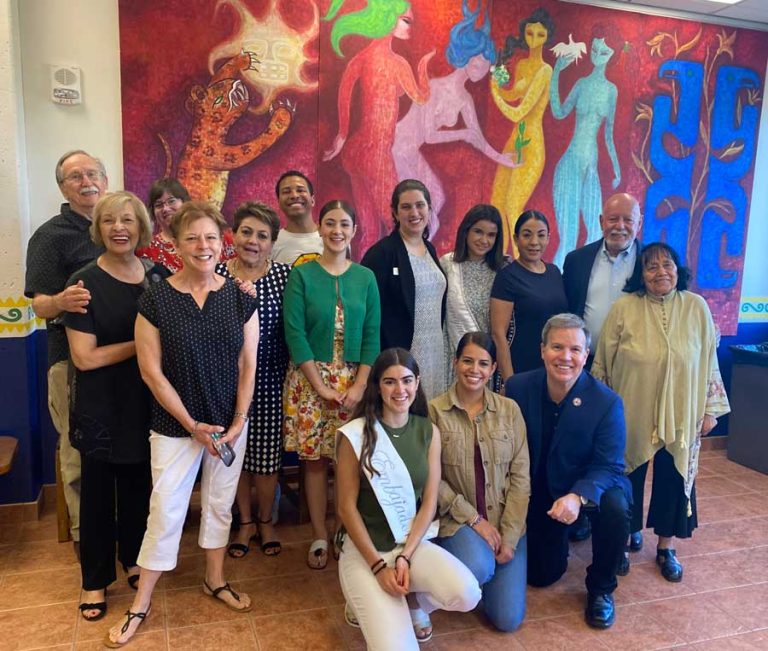 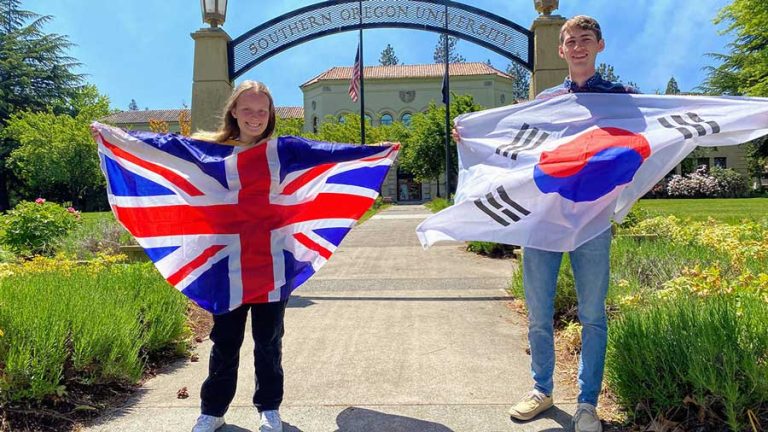 Two Southern Oregon University students have been awarded the U.S. Department of State’s Benjamin A. Gilman International Scholarship in the spring 2022 scholarship round to support their upcoming study abroad programs. The prestigious scholarships support U.S. undergraduates of limited financial means in pursuing study or internships in countries around the world. 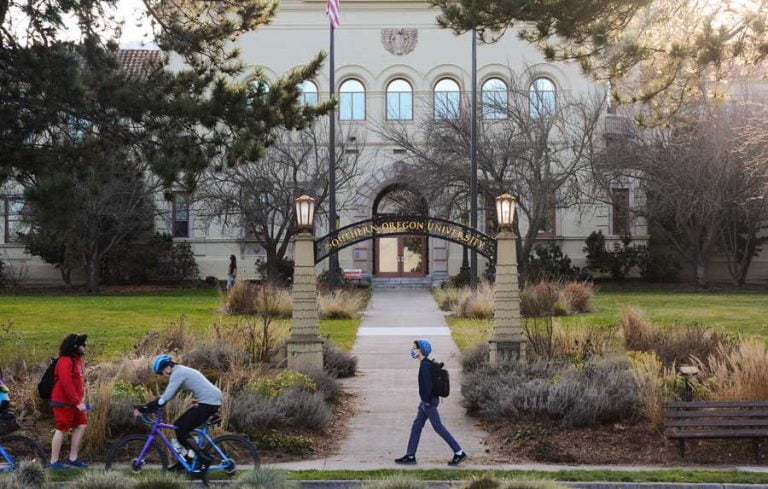 Three new and seven continuing members appointed by Gov. Kate Brown were confirmed Friday by the Oregon Senate to serve on the Board of Trustees of Southern Oregon University. The new trustees are Brent Barry, superintendent of the Phoenix-Talent School District; SOU faculty member Andrew Gay; and SOU alumna Christina Medina, regional business manager for Pacific Power, a division of PacifiCorp.

The need for rethinking higher education, particularly how it’s funded, revenue and enrollment challenges and the area’s natural beauty and culture of collaborative discussions of issues were all touched on in a talk by Southern Oregon University President Rick Bailey Jr. before the Rotary Club of Ashland on Thursday.

Southern Oregon University is looking for ways to smooth out access for students in the southern Oregon region. Ashland and Medford school districts signed an intergovernmental agreement with SOU in the past week to share basic “directory information” about high school students to help the university reach out to them about enrollment opportunities.