Go to > Home » Uncategorized » Guanajuato to Ashland visitors: ‘Welcome — our home is your home’

Guanajuato to Ashland visitors: ‘Welcome — our home is your home’

Guanajuato, Mexico — After three years of meeting virtually, flesh and blood representatives of the raider red and black descended on the city of Guanajuato during the first week of August. Southern Oregon University President Rick Bailey and a small team from the institution spent several days meeting with university and city officials and friends in the capital city of the state, also named Guanajuato. The capital city at the center of the state of Guanajuato in Mexico, about 170 miles northwest of Mexico City, the Mexican capital.

It was Bailey’s first visit and the university’s first visit since then-President Linda Schott visited Universidad de Guanajuato (University of Guanajuato, UG) in 2019 to celebrate the 50th anniversary of the universities’ collaborative exchange program, which officially launched in 1969. Bailey traveled with Janet Fratella, vice president of university development, who also serves as executive director of the SOU Foundation; and Daniel Santos, chair of the SOU Board of Trustees.

SOU officials awarded the university’s President’s Medal to Juan Carlos Romero Hicks and his wife, Frances “Faffie” Romero Siekman, on Monday, Aug. 8, followed by a week full of public and private visits with city and university officials. SOU officials also toured the region, including San Miguel and Delores Hidalgo and city of Guanajuato landmarks, such as the Diego Rivera Museum, dedicated to the life and works of “Guanajuato’s most famous son.”

The focus of the visit was on the sister city’s higher education partnership that grants students from University of Guanajuato and SOU the opportunity to immerse themselves in language, culture and academic studies through the Amistad program. Bailey met with University of Guanajuato’s Rector General (President) Luis Felipe Guerrero Agripino, as well many UG officials throughout the trip regarding curriculum for the program.

Bailey said he hopes the trip is “the first of many” visits to Guanajuato.

The sister campus relationship, much like the city of Ashland’s sister city relationship, is foundationally built upon interpersonal relationships, many of which were first established by Chela Tapp-Kocks, known to most as “Señora Chela.” She has been a pivotal figure in establishing the partnership more than 50 years ago and is widely revered in Guanajuato, especially by university and city officials and students who participated in the Amistad exchange program. Her face can be found painted in the mural in Guanajuato in the center of a sunflower.

“This relationship, in my opinion, is actually part of the identity of the university,” Bailey told Ashland.news in an interview on the rooftop of the hotel where he and SOU officials stayed during the week. “I think it’s woven into who we are as an institution and, when you have a 53-year track record of supporting a program that has been so successful in so many different ways and with so many different students, I feel that as the new president that it’s important to show my understanding of the importance of that and my respect for that relationship.”

The closeness of the partnership between cities was evident through the embraces, hearty conversations, dinners and gatherings between those who hosted SOU officials during their visit, in addition to the academic partnerships the universities share.

During the week-long visit, Bailey, Fratella and Santos visited the ranch and donkey rescue operation founded by Romero Hicks and his wife, Frances “Faffie” Romero Siekman for a dinner with alumni from the University of Guanajuato and SOU academic exchange. They also shared dinner with Cecilia Galindo Ayala, the “Queen of Guanajuato,” and her family, who visited Ashland in July, and the family of Martin Pantoja, former vice president of finance and administration and former international programs director at the University of Guanajuato.

Bailey and his team participated in a public event at Guanajuato’s City Hall on Thursday, Aug. 11, where he and officials were presented with a gift from Martha Isabel Delgado Zarate, the Council Secretary of Guanajuato.

“It has recently been 53 years of this exemplary sisterbond, thanks to the dream come true, of a generous and visionary soul, who united local governments, universities, clubs of service, firemen and to a countless number of families from Ashland to Guanajuato, making us siblings forever,” Delgado Zarate said, “All our gratitude and recognition for Mrs. Chela Tapp (who also goes by Chela Tapp-Kocks).”

Delgado Zarate said one of the great similarities between the cities of Ashland and Guanajuato is its emphasis on education.

“The Southern Oregon University is to Ashland what the University of Guanajuato is for our city,” she said, via a translator, “in its work, educational, academic training and research. Both universities are recognized in their respective countries for their tradition, prestige, quality and income selectivity. And they have in common between them, the intense student exchange.”

Delgado Zarate said those from each of the universities have enjoyed many visits to Ashland and Guanajuato over the years, with the exception of the last three years during the COVID-19 pandemic.

“Welcome home, brothers and sisters from Ashland,” Delgado Zarate said. “Our home is your home!”

Ashland.news was able to speak with Delgado Zarate following the ceremony, and after a partial tour of the city building.

“The entourage that we receive on this occasion, specifically, from the University of Southern Oregon, is very significant for us,” Delgado Zarate told Ashland.news, via an interpreter from the city’s administrative office. “We also have the University of Guanajuato, which has given us a lot and having (SOU) is one more example of the strengthening of the brotherhood that in these 53 years have been achieved.

“I believe that new projects will emerge from here and, above all, student exchange between our cities will be reactivated. It is very important, that willingness to reactivate student (exchange).”

Delgado Zarate, who represented Mayor Alejandro Nevarro at the event, also shared a message to Ashland Mayor Julie Akins and city officials: “To all our brothers and sisters in the city of Ashland, we have received a lot from them and we still do, our house is your house,” she said, “and I would like to thank you for opening the doors of your house and your heart; thank you always.”

Bailey presented a gift to the council secretary. SOU officials consistently brought gifts to their visits throughout the week, from pens to ceramics made by Ashland artists.

“We recognize that all of the people here who have given so generously of their time to share with us their history and their culture and they do it with love and respect so, you know, in a very, very small, symbolic way, we want to show how much it means to us that they’re taking this time and being so generous,” Bailey told Ashland.news.

“It is a very giving culture,” he added, “and it’s a culture with respect and reverence for history and the importance of the background and the people who led us to this place.”

“Due to the permanent monitorship of UG’s Prevention and Security Unit, and also according to our institutional policy of prioritizing security for our community, it has been determined to suspend all (in-person) activities at the University campuses for today,” a statement said, signed by the university’s General Rector, Rector of Campuses and the High School system director.

Meetings between Bailey and University of Guanajuato’s Provost and UG staff were rescheduled for the following day and went on without incident. SOU’s Provost Susan Walsh, who had planned to attend but could not join in person, attended the meetings virtually.

“The decision by the University of Guanajuato to suspend operations on Wednesday (Aug. 11) for security reasons did not adversely impact our visit,” Bailey told Ashland.news through a WhatsApp message via Janet Fratella, vice president of University Development at SOU. “They graciously altered the schedule on Thursday (Aug. 12) to accommodate all of the meetings. We respect the Rector General’s decision and are grateful to the UG team for their flexibility. This has been a wonderfully productive visit and we look forward to continuing this beautiful partnership.”

The roughly week-long visit culminated with a vibrant and lively dinner hosted by the Amigo Club in Guanajuato at Le Virgen de la Cueva, which drew a gathering of numerous individuals throughout the community, including alumni of SOU and University of Guanajuato.

A mariachi band entertained at the gathering, where the group also celebrated the 21st birthday of Cecilia Galindo Ayala, the Queen of Guanajuato, a position selected each year from nominees known for doing good deeds in the city. She and her family, including her mother Monica Ayala Ortega, and her grandmother, Carmelita Ortega, were among the group who visited Ashland during the July 4 celebrations for the first time since 2019 due to the COVID-19 pandemic. 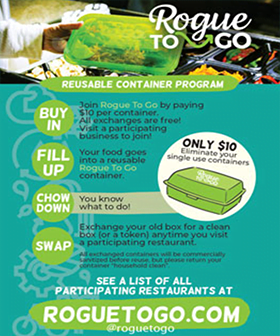