Oregon legislators returned to Salem on Tuesday morning with a long list of policies to change and pet projects to fund, and 35 days to do it all.

Job training is top of mind for most lawmakers and Gov. Kate Brown as Oregon has more open jobs than workers to fill them. Illegal marijuana farms in southern Oregon, the ever-present issue of affordable housing and the ongoing economic recovery from COVID-19 will also battle for attention.

New legislative leaders, campaign season and the threats of a Capitol Covid outbreak or another session-ending walkout also color the 2022 legislative session.

Here’s your quick guide to what to watch for – and who to watch.

Brown is pushing a $200 million plan to train more workers for higher-paying jobs in health care, manufacturing and construction, with a special emphasis on people of color. Democrats and Republicans in the Legislature agree with parts of Brown’s proposal, but lawmakers questioned whether it will do enough to help businesses right now that are having trouble hiring workers.

Separately, lawmakers propose funneling at least $100 million to behavioral health care organizations to keep and hire staff, through House Bill 4004. They also want to increase the number of nurses in clinical settings by giving special licenses to nursing students, through House Bill 4003. The House Education Committee is working on ways to alleviate the state’s teacher shortage by accepting teaching licenses from other states, making it easier for teachers to apply to multiple districts at once and requiring some government employees with teaching licenses to substitute at least five times a year.

After spending $20 million in December to help law enforcement tackle illegal marijuana operations in southern Oregon, lawmakers want to do more. Senate Bill 1541 would establish a unit of the Oregon State Police to help sheriffs’ offices with investigations and ensure $500,000 a year in state aid to each sheriff’s office for illegal cannabis casework.

Senate Bill 1587 and House Bill 4016 would allow property used to grow illegal cannabis to be sold to cover fines and enforcement costs. The House bill would also allow the Oregon Liquor and Cannabis Commission and the state Agriculture Department to stop issuing licenses for legal cannabis production as deemed necessary and directs the commission to investigate human trafficking in illegal operations.

House Bill 4061 would take on the growing issue of water theft in illegal cannabis operations, making it a civil violation to solicit or accept hauled water from an illegal source. It also empowers the director of the state Water Resources Department to seek court-issued search warrants to investigate water theft and to require people or businesses that own or operate a nursery or agricultural business that hauls water in by truck to document and provide records when requested by the Water Resources Department.

House Majority Leader Julie Fahey, D-Eugene, told the Capital Chronicle she expects the Legislature to approve several hundred million dollars to build new affordable homes. The state’s Local Innovation and Fast Track program, which provides funding to affordable housing developers, has more interest than money available, so extra cash could be used to get more homes built quickly. Lawmakers are also looking at adding $50 million for Project Turnkey, a program that converts hotels to homeless shelters. The $65 million given to the program last year created more than 850 beds in 19 new shelters across the state.

A Democratic bill requiring employers to pay agricultural workers overtime is back after failing in 2021 legislative session – and it could shut down the legislative session. A 1938 federal law requires that workers receive overtime pay for working more than 40 hours a week, but farmworkers are exempt.

House Bill 4002 would make Oregon one of six states that prohibit forcing agricultural workers to work unpaid for hours beyond 40 hours in a week. It faces fierce opposition from the Oregon Farm Bureau, which said the costs would be too much for many businesses in the state’s $5 billion agriculture industry.

In a recent meeting with journalists, Rep. Vikki Breese-Iverson, R-Prineville, head of the House Republicans, suggested that this bill could lead to a walkout by Republicans if Democrats attempt to pass it.

Democrats and Republicans in both the House and Senate are proposing more than a dozen bills that set legislative priorities around education and schools, from protecting superintendents from firings to school choice amendments to helping students catch up on class time lost during the pandemic.

Senate President Peter Courtney, D-Salem, wants to expand the summer school offerings the Senate passed last year, investing $200 million overall in statewide funding for camps and classes offered by schools and community organizations. It could be part of a larger pitch for year-round school in the years ahead, Courtney said.

Senate Bill 1575 from Republicans would require schools to post a short description of all courses and textbooks to their websites, specifically singling out sex education as a course that parents be alerted to in advance and permit their to not attend. Another, Senate Joint Resolution 201, proposed by Sen. Art Robinson, R-Cave Junction, would amend the Oregon Constitution to allow state school money to be used at any school of a parent’s choosing, even private religious ones, and would allow parents to choose any district for their child, regardless of location.

Three bills are being proposed at the recommendation of the Oregon School Boards Association and the Coalition of Oregon School Administrators. Senate Bill 1521, brought by Senate Democrats, would protect superintendents from being fired from their jobs for obeying laws and government mandates. House Bill 4029 would require new school board members to undergo training for their new roles and to submit self-assessments every two years. Both bills are a response to the high-profile firings of several superintendents in the state for enforcing mask and vaccine mandates, as well as ideological battles over political symbols in schools, student equity initiatives and certain classroom lessons on racism.

A third, House Bill 4026, recommended by the school administrators and proposed by a bipartisan group of legislators, would award grants to school districts that suffered major student losses in the 2020 wildfire season. Those districts are at risk of losing some state funding due to lower enrollment.

For the past nine years, Salem Democrat Peter Courtney controlled the Senate and Portland Democrat Tina Kotek ruled the House. Kotek is out, having resigned earlier this month to focus on her run for governor, and Courtney isn’t running for re-election.

For now, Rep. Paul Holvey, D-Eugene, is the most powerful man in the House. As the speaker pro tem and acting speaker, he controls committee appointments and building rules. Come Tuesday, the House is expected to elect Rep. Dan Rayfield, a Corvallis lawyer who won support from most House Democrats in a private vote earlier this month.

House Democrats and Republicans also selected their own new leaders for this session: Fahey will lead the 37-member Democratic caucus, and Rep. Vikki Breese-Iverson, R-Prineville, will lead the 23 Republicans.

During a joint media briefing last week, the three new leaders said they hope to set a more cordial tone than their predecessors. Previous Republican leader Christine Drazan, who’s stepping down Monday to run for governor, sought to slow down Democratic bills by demanding they be read in full on the House floor and orchestrating a walkout that prevented the Legislature from meeting.

New people are also in charge of writing the state’s budget. Rayfield appointed Rep. Tawna Sanchez, D-Portland, to take his spot co-chairing the powerful Ways and Means Committee, and Sen. Elizabeth Steiner Hayward, D-Beaverton, is the sole Senate co-chair after former Sen. Betsy Johnson resigned to run for governor. Most of the budget for the current two-year budget cycle that ends in June 2023 is set, but federal funding and unexpectedly high tax revenue provided hundreds of millions in available money.

Resignations, retirements and new jobs mean the House will have eight new faces and the Senate three when the Legislature convenes. Local party members and county commissioners have yet to select replacements for Drazan or Hillsboro Democrat Janeen Sollman, who took a Senate appointment. Here’s who’s new:

Your role in Salem

For the first time since March 2020, the Capitol will be fully open to the public during a legislative session — but it’s still going to look a little different than the pre-pandemic times.

Everyone in the building must wear a mask, and visitors must go through newly installed metal detectors and bag inspections. The front entrance on Court Street and doors facing State Street at the building’s back are closed because of construction, and the public can use two doors accessible by ramps on either side of the main entrance.

Both the House and Senate will reopen their galleries to visitors to watch lawmakers on the floor, Courtney’s and Rayfield’s offices confirmed Friday

Committee hearings are still virtual, and anyone who wants to weigh in on a bill needs to send a letter or register to talk via phone or Microsoft Teams. Once bills are assigned to committees and added to agendas, the Oregon Legislature’s website will have links to testify on bills or watch committee hearings online.

Many lawmakers are still holding meetings virtually, and many legislative employees are working from home, so walking into a legislator’s office won’t work as as it might have in previous years.

Click here for an Ashland.news article on what Ashland Rep. Pam Marsh and Sen. Jeff Golden have planned for the session. 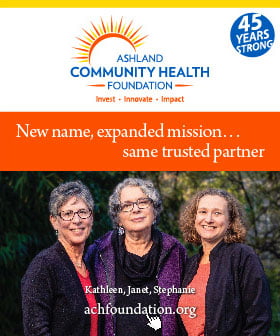