Ashland: Where We Are — Southern Oregon University

Southern Oregon University is poised to start the new year with new leadership.

After serving as president of Southern Oregon University since 2016, Linda Schott retired in December and has returned to her home state of Texas. She will be remotely helping SOU’s incoming president, Richard J. Bailey, Jr.

Bailey starts in the role on Jan. 15, and is slated to have a news conference on Jan. 18. Schott will offer guidance through June.

Bailey comes to SOU after serving as president of Northern New Mexico College in Espanola, New Mexico, since 2016. He brings more than 20 years experience in the U.S. Air Force, from which he retired as a colonel and command pilot.

“I am honored to have been selected as the next president of Southern Oregon University,” Bailey, who was unavailable to be interviewed by Ashland.news for this story, is quoted as saying in a university news release. “With a 150-year history, SOU is a vital regional institution and its best days are yet to come. I am honored to be entrusted to lead SOU forward, particularly given the tremendous opportunities available to us.

“Our world has changed over the past two years and I am convinced SOU will be on the leading edge of ushering higher education into its next phase. I look forward to being of service to SOU’s impressive faculty and staff to empower the students and communities we are fortunate to support.”

Daniel Santos, chair of the SOU Board of Trustees and the Presidential Search Committee, praised Bailey as the top candidate considered by the 18-member search committee.

“It became apparent throughout the search and selection process that Dr. Bailey’s innovative and entrepreneurial accomplishments, leadership style, strategy expertise and optimistic vision for what is possible at SOU, can propel the university’s bright future, ” Santos said in a news release.

He’ll be picking up where Schott left off. In a conversation with Ashland.news conducted virtually from her home in Texas in December shortly after her departure from SOU, Schott reflected on some expected and unexpected challenges during her five-year tenure, and a glimpse at what’s next for her.

Like other higher education officials across the nation, Schott faced multifaceted obstacles during her presidency, ranging from finances to natural disasters on top of an unprecedented pandemic.While in the midst of navigating COVID-19, the Almeda Fire burned more than 2,300 homes in southern Oregon on Labor Day in 2020, including housing for 100 staff and 100 students, adding another crisis to manage.

Schott said she approached the last year and a half as something of a “consoler-in-chief,” trying to think about what students were going through and how to keep the university moving forward while being cognizant that many were exhausted, especially faculty members and staff.

“It’s been a tough time,” she said. “Did it contribute to my wanting to retire? Probably to some extent.”

Schott said she suffered three losses in her own family and couldn’t be present for them, which has taken a toll for her personally.

“Being a president is always exhausting, but this just had an extra layer on top of it,” Schott said.

Schott announced her retirement in April 2020, several months earlier than she initially planned.

“I want to take care of myself and relieve some of that stress,” she said.

Looking back on her tenure, Schott reflects on coming to the university following financial cuts to numerous programs in 2016.

“SOU had to downsize its programs and there was turmoil around that,” Schott said. “We eliminated some programs so people were still feeling the loss of those colleagues and just the distrust that they had during that process.

“People needed to heal and they needed to build a stronger sense of community,” Schott said.

She takes satisfaction in helping to build back a sense of community that she believes was missing, and that allowed some of those hurts to heal.

“It’s never perfect but I and my administrative team have tried really hard to be just honest and transparent and compassionate … I think that’s earned us a lot of trust from the folks on campus,” Schott said.

Schott also sees part of her legacy at SOU as embracing the role of shared governance and being a congenial partner with the Faculty Senate, which oversees the curriculum at SOU.

“That’s really an extension of the concept of shared governance that SOU has never had before and I think it will serve the institution well going forward.

“I’m proud of building a stronger sense of community, and having extended shared governance,” she added. “Across the nation, you see more common is a constriction of shared governance and faculty, for example, complaining about the administration not respecting their wishes, not listening to them. And we’ve gone the opposite.”

Ensuring that the university was a resource for local employers is also an accomplishment Schott points to as she looks back on her tenure.

The university now provides micro-credentials and certificates, “smaller, bite-size certifications”  in areas such as Project Management, Social Media Strategy, or Cyber Security, Schott said, so that students do not always need to fulfill a full degree in order to find fulfilling work.

“We’ve come up with new ways to take the expertise that our faculty have and package it differently so a student doesn’t have to come back for four years and get a full major in Communications (for example),” Schott said. “We’ve made a lot of progress there.”

The seven strategic directives in the plan can be found posted on the campus as a way to include them in the daily lives of those on campus.

“We have really lived into that strategic plan,” she said. “There was a lot of skepticism at the beginning … (The strategic plan) always just sat on the shelf. I said, ‘Well, we’re not going to do that this time,’ and we haven’t.”

Schott said that with enrollment decline due to the pandemic and other factors, she’s glad to see projections for improvements for fall 2022.

As of December, applications were up by 60% and confirmations (where students who plan to attend deposit money into SOU) are up about 40%, according to Schott.

“That’s not just luck,” Schott said. “We have done some new things to make that happen.”

The daughter of a cattle rancher, Schott is now back on the ranch where she was raised in the San Antonio area. Schott was also an educator in the Lone Star State for 18 years before serving in various roles, including in Maine and Ashland.

“It’s definitely a full circle for me,” Schott said. “I’m back to where I started.”

Schott’s plans for retirement include relaxation in a warmer climate. She also plans to refocus the goals of the property that once belonged to her parents where she now lives.

“There’s a movement of people who are keeping the land and thinking about using it in some small way, to fight climate change or help restore the environment,” Schott said. “Do ecological restoration and water preservation, and so those are the kinds of things that I’m interested in right now.”

Schott is also exploring “working behind the scenes” for local and regional political candidates and/or causes that she believes in. She also isn’t ruling out running for a local school board in her region, as her late father did for many years.

“I’m trying to just be open to what kind of comes my way,” she said.

“My goal at this point is, one, to relax and turn the university over to somebody who has new ideas and new energy,” Schott said.

Bailey, SOU’s incoming president, was selected by the presidential search committee on the strength of his university president track record, which includes increasing enrollment at Northern Mexico College by 20% and doubling the student graduation rate without increasing tuition rates, according to an SOU news release.

Schott believes the university can benefit from Bailey’s new ideas and fresh vision.

“He’s entrepreneurial. He’s interested in thinking about new revenue streams for the campus,” Schott said. “He probably has strengths in that area that I didn’t.

He’s excited to join the campus, she said, and even asked if he could bring nearly a dozen chickens with him.

“I feel good about turning the campus that I love over to him,” Schott concluded. 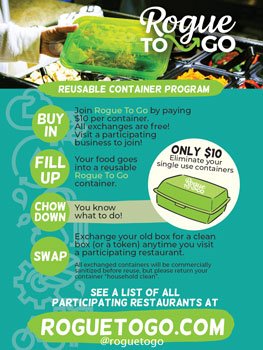