Pneumonia has always been a threat to those with Down syndrome. Their life expectancies were much shorter before the discovery of antibiotics. Previously, Jude had responded well to such treatment, but not this last time; both his lungs filled with fluid. His attending physicians told me that he would never breathe on his own. So, the decision was not hard intellectually, but it broke my heart.

That was a Friday. By Sunday, Jude’s brothers and sister had come into town. I, they, my wife Deborah and her daughters gathered in the hospital room. Jude’s mother wasn’t with us; she had seen him only once in the preceding 20 years.

The nurse shut off the machines, removed the breathing tube, and stopped the sedative drip. Jude stirred, although he never opened his eyes. When he heard my voice, he smiled, then lapsed into unconsciousness and died a few hours later. His last perception was that his daddy was still with him, and it made him happy. That was among the loveliest gifts I’ve ever received.

Until now, I’ve shared this memory only with friends. What prompted me to make it more public was an opinion piece in The New York Times on February 1. In it, Amy Julia Baker explained why she’s grateful that she rejected her physician’s advice to abort when prenatal testing revealed that she would give birth to a girl with Down syndrome. The piece evoked 814 responses before the comment period ended. (The piece and comments are available at https://www.nytimes.com/2022/02/01/opinion/prenatal-testing.html.)

I’ve never seen a count of parents of special needs children. In the U.S. alone we must number in the tens of millions. Our experiences vary widely, but they are invariably fraught with emotion.

Baker’s experience has been good. “Our 16-year-old daughter, Penny, wakes up to the beeping of her alarm. On her way downstairs, she picks up her iPhone to check her texts. She eats breakfast, gathers her sneakers and pompoms for cheerleading and heads to school. When Penny was diagnosed with Down syndrome a few hours after she was born, I didn’t expect our mornings to feel so ordinary.” Insofar as she implies that it’s wrong to abort foetuses with significant genetic abnormalities (she never explicitly says this), her outlook has been shaped by an outcome that isn’t the norm.

Numerous responders made that point. A retired pediatrician pointed out, “The spectrum of Down syndrome intellectual disability is HUGE, from profound to minimal.” Some cited excruciatingly painful experiences. Here is one about the four-year-old child of the writer’s step-daughter: “Dora (not her real name) is severely developmentally retarded. Although physical skills are similar to many others such as herself she cannot speak in spite of extensive counseling and her behavior is often ‘combative’ with much crying and throwing objects. Before saying ‘bad upbringing,’ realize that she has an educated and sympathetic professional as her mother and the State has provided a wealth of social services. . . Dora’s mother is as good as they get but her support system is not deep and, as a now single parent with a full-time job, the future looks more stressful all the time.”

The availability of support was a major focus. Baker notes that “Penny’s relatively ordinary life is due in large part to our own social situation. We live in a town with ample funding for special education. Penny received multiple therapies each week in her early years.” Many responders, though, pointed to the scarcity of such services. One wrote, “I wish more people knew that wait lists for services for persons with developmental and intellectual disabilities is a fact of life for thousands and thousands of families.”

Apart from Baker’s failure to acknowledge that her high-performing daughter is not the norm, I considered her piece well-reasoned and undeserving of some of the anger it provoked, especially from those who had chosen to abort. To her credit, she argues for increased funding for social support. Her main focus, however, is elsewhere. She sums it up this way: “But without broad social acceptance of people with disabilities, without a medical establishment that conveys the positive social situations of many people with disabilities, and without funding for accurate and up-to-date information in the face of a prenatal diagnosis, more and more women will face decisions about their pregnancies without the support they deserve.”

My son was not high on the Down’s spectrum. At his best his cognitive abilities were those of a second-grader, his speech was not readily understandable, and his social skills were eccentric. Further, at 21 he began to have outbreaks of violence; there were times I was deeply anxious for him. Fortunately, he was always in good residential facilities. One consequence was that the childhood of his siblings wasn’t skewed, which — as some responders noted — is often the result of raising a special needs child at home. He was, however, a factor in my divorce, which is also common.

People talk loosely of “unconditional love.” Jude taught me what it is, and at times it felt as if it might kill me. To me he was a joy. But had I known in advance all that I know in retrospect and had abortion been an option, I would have chosen it. Life offers us other, less generally burdensome blessings. 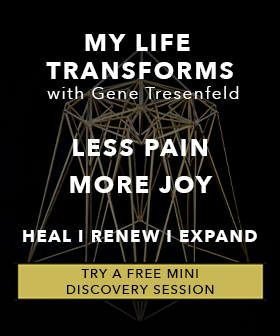