Relocations: I don’t think I can keep my footing

The best lecture I ever attended was given by Ray Kurzweil at the University of Houston early in this century. Kurzweil is a brilliant inventor, having made major contributions, among others, to computerized optical character and speech recognition, music synthesizers and pattern-recognition-based computer technologies to help people with disabilities such as blindness, dyslexia, and ADHD. It is as a futurist, however, that he is best known.

The main point of the lecture was that technological innovation proceeds at an exponential pace; it’s continually gaining speed. Kurzweil argued that this pattern is discernible from the dawn of human history. His two very recent confirming examples were the shortening intervals of the doubling of computer power and the pace of the Human Genome Project. The latter effort was to take 10 years. After five years, only 3% of our genome had been mapped and skeptical voices were raised, but the remaining 97% was mapped in the second five years.

The looming changes to our lives and our very selves excite Kurzweil. Among the predictions in his first book, “The Age of Intelligent Machines” (1990), was that within 10 years we’d have the option of spending time in 3D virtual realities, although they wouldn’t yet be directly interactive with our nervous systems. He also predicted then that within 20 years we’d have millions of blood-cell sized devices, nanobots, inside our bodies fighting diseases and improving our memory and cognitive abilities.

I can understand some of the implications of some of Kurzweil’s predictions, but I have no confidence in my ability to gauge their costs and benefits. And some of them sound simply dreadful.

In “Metamodernity: Meaning and Hope in a Complex World” (2019), Lena Rachel Anderson writes, “If our epistemology (our way of finding meaningful patterns in what we experience) is too limited or simply wrong, and when the interpretations it thus allows us to make are inadequate or useless, we experience frustration and anxiety, perhaps even anger. … If … technological, economic, political, cultural, and other development is changing our own country so radically that our epistemology, be it the collective or the individual epistemology, no longer provides useful pattern recognition and answers at home, then we can no longer navigate our own lives.”

Anderson adds, “If we cannot update our epistemology to match what goes on around us … if we cannot regain control and power over our own lives, we are lost. In that situation, it has often happened that people got so frustrated and angry they sought political answers that were emotionally satisfying because they promised that things could return to the way they used to be.”

Our enormous and ever-growing economic disparity has created that very sense of powerlessness, of loss of control, among working-class Americans. Their attraction to Donald Trump and to crazy patterns like QAnon is a result. This primary cause of our drift toward fascism is correctible. It will be difficult politically to change the tax and regulatory policies that reversed three decades (1946 to 1976) of increasing economic equality. Nonetheless, we know what it will take, and we’ve made rapid strides since progressives broke the stranglehold over the Democratic Party of the Clinton-Obama neoliberals and their Wall Street funders.

The epistemological disparity of which Anderson writes is coordinate with the economic disparity. The white people most left behind by our current economic structures are, on the whole, less educated and more insular than those of us who are at less risk of going under. Unfortunately, that disparity strikes me as much harder to narrow. We could make college-going affordable again — what happened in the last 30 years is unconscionable — but formal education is not the key to keeping one’s footing in the world Kurzweil foresees. The pace of change is too great, its implications too drastic, for any school system to prepare us.

Indeed, the more likely consequence is that the epistemological disparity will widen, and increasing numbers of us will join the left-behinds. I’m highly educated and thoughtful, but I doubt if I can cope intellectually with Kurzweil’s world, which I don’t doubt is upon us. The cognitive overload seems to me unbearable.

One option is to abandon all effort toward democratic control and adapt to whatever ways technology impacts us, good and bad. There will be sizable engineering and technical cadres, and they will serve the very powerful, whose motives will vary from the benign to the vicious but who will always prioritize their own control. That is the current reality of our military-industrial complex, and what is rapidly taking shape in China.

Another option is less coherent, a mix of strategies to retain/regain control at the grassroots. In the mix will be varying degrees of withdrawal by individuals and small groups. For example, unless our nation becomes thoroughly Orwellian, we’ll be able to reject the non-therapeutic mechanical hybridization of our bodies and minds. Never mind that the children of those who don’t reject it will have a competitive advantage in the race for worldly success. We’ll pass on that benefit. And there’ll be a significant falling away from the ethic of advanced capitalism and its relentless drive to atomize society into discrete consumers of our own continuous stream of images.

Fundamental to the second option and to whatever strategies of control it explores is authentic connection with each other and the natural world. Such connection is the antithesis of the technologically mediated relationships in the future Kurzweil projects. Expansive love will be the only way to keep our footing, and it will be our most effective act of resistance. 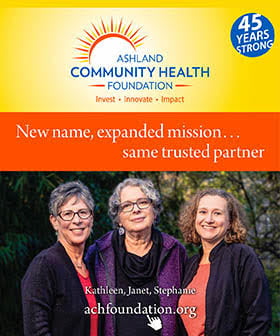