How else to explain the assault rifle?

The student uprising at Columbia University in April 1968 propelled John Jacobs, one of its leaders, to the fore of Students for a Democratic Society. He began using the phrase, “Bring the War home,” which resonated with the Revolutionary Youth Movement (RYM), the more militant faction of the rapidly splintering organization.

The following year, Jacobs, Bill Ayers, Bernadine Dohrn and others pressed for even greater militancy, creating the Weathermen faction of the RYM. They staged four “Days of Rage” in Chicago on Oct. 8-11 of that year. The turnout was disappointing — only a few hundred to smash car windows and storefront glass. Starting a violent revolution proved a mere fantasy of power by those powerless to create the world they dreamed of.

Some people own assault rifles in preparation for what they imagine as the coming race war. That’s not going to happen as they imagine it. Like the Weathermen, they don’t understand that what they call for has already come. In this case it’s been here since 1619. The perceived need for white militias to suppress slave insurrections was one motive to include the Second Amendment in the Bill of Rights.

Others own assault rifles to protect themselves from government tyranny — specifically, the dreadful possibility that the federal government will take away their assault rifles. That’s not going to happen either. Nonetheless, after each school massacre like the one in Uvalde, the sales of assault rifles rise.

These two reasons aren’t mutually exclusive, and they are both subsumed in a fantasy of power by those whom this culture has made to feel powerless. The reality of power is now the preserve of the few. The fantasy of power is democratic. Those who possess the former purvey the latter. It’s one way to stave off a revolution … or even an equitable tax code.

Suicides constitute the largest percentage of firearm fatalities — more than 60% — and the older white men who make up the primary demographic most frequently choose handguns to kill themselves. So, too, in our inner cities, where firearm homicides are the highest, young males mostly choose handguns to kill each other. In differing ways, both groups despair of fulfillment.

Not so the owners of assault rifles. Does an Army Ranger despair? Does a Navy Seal despair? In our venues of fantasy — films, TV, PlayStation, Xbox — their stature grows with each enemy they gun down. Is anything more fulfilling than righteous killing? Just to hold a military-style weapon is to add a cubit to our stature.

The alternative to gun regulation mentioned most frequently by its opponents is improved mental health services. But what is mental health in a culture like ours?

Take the case of Christopher Aaron (last name withheld), whose story was the basis of an article in the New York Times on June 13, 2018. He grew up in Lexington, Massachusetts, in a stable and supportive family and attended the College of William and Mary. The writer described him as “a gifted athlete with an air of independence and adventurousness (who) cut a charismatic figure on campus.” Led to join our War on Terror, in 2006 he began working 12-hour shifts at the Counterterrorism Airborne Analysis Center in Langley, Virginia, one of the command posts of our armed drone program. He said that the first few times he watched a Predator missile strike, he found it awe-inspiring; he often experienced a surge of adrenaline.

By 2010, however, Aaron’s physical health started to deteriorate — headaches, night chills, joint pain, then later waves of nausea, eruptions of skin welts, chronic digestive problems. “Returning home, he spent his days in a fog of gloom. At night he dreamed that he could see — up close, in real time — innocent people being maimed and killed, their bodies dismembered, their faces contorted in agony. In one recurring dream, he was forced to sit in a chair and watch the violence. If he tried to avert his gaze, his head would be jerked back into place, so that he had to continue looking. ‘It was as though my brain was telling me: Here are the details you missed out on,’ he said.” Only gradually, with help from support groups for other veterans with PTSD, did Aaron get well.

When did this man become mentally ill? When did his journey toward sanity begin?

The United States is in thrall to violence. As long as we wage endless war abroad, we will not end war at home. Politically, economically and psychologically the border is meaningless. Until we reject our collective fantasy of power, there will be individuals enough to keep us continually traumatized. 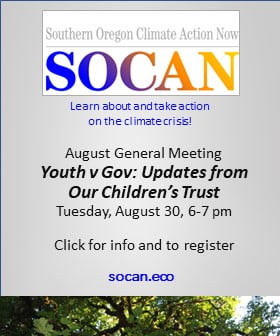