Relocations: State censorship isn’t the only threat to free speech

We think we live in a country where we can voice our opinions freely. To a large extent that’s true, and we should never take our good fortune for granted. Our public forum, however, is not always open, because state censorship, from which the First Amendment of our Constitution protects us, isn’t the only source of constraint. Social opprobrium can be powerful as well, constraining both individuals and media. At times, self-censorship has been the norm, not the exception.

That was true in the 1950s, when fear of being labeled a Communist was pervasive. The range of political opinion that found expression during that decade was narrow. And it wasn’t just at the national level that views were branded as Communist. I remember how quick the adults in my world were to label various opinions as “commie.” People were cautious.

As for the mainstream media, I can’t remember any criticism of U.S. actions abroad, even when we were overthrowing democratically elected leaders in Iran, Guatemala and the Democratic Republic of Congo. Every move the U.S. made on the world stage was covered with the impenetrable armor of anti-Communism. Any particular criticism might not be Communist, but it could be perceived as aiding and abetting Communism.

In a less generalized way, the same dynamic long stifled criticism of Israeli treatment of the Palestinians. The charge leveled at such criticism was that it was anti-Semitic. That was a highly effective strategy on the part of pro-Israel organizations and networks in the U.S. Morally decent persons don’t want to be viewed as anti-Semites any more than they want to be viewed as racists. And media outlets don’t want their audiences and advertisers to see them that way. Even if critics scrupulously distinguished between Jews and the government of Israel, they would be stigmatized and marginalized as aiding and abetting anti-Semites.

So it was that, until the last two decades, almost everyone in this country knew nothing about the conflict between Israelis and Palestinians except what was portrayed in Leon Uris’ novel “Exodus” and the film based on it. The situation is very different now, even though the attempt to stifle criticism of Israeli conduct has not ceased (every time U.S. Rep. Rashida Tlaib or Ilhan Omar speaks up for Palestinians, many of their colleagues trip over each other getting to the mic to disparage them).

Nonetheless, those championing Palestinian rights and criticizing Israel’s blockade of Gaza and its occupation and ongoing land theft in the West Bank can speak freely now. There are organizations in the U.S., both Palestinian and Jewish, that contest the influence of uncritically pro-Israel organizations, although they have made more headway in the public forum than in the halls of government. And some pro-Israel organizations, such as Tikvah: The Zionist Voice on Campus, declare on their on-line sites that “criticizing Israel and not supporting specific policies of the Israeli government is NOT a form of Antisemitism.” Such developments should cheer everyone committed to an open society, however they view the Israeli-Palestinian conflict.

Unfortunately, there’s been a countervailing movement when it comes to putting into action opposition to Israeli treatment of the Palestinians. Pro-Israel response to the Boycott, Disinvestment and Sanctions (BDS) movement, both here and in some European countries, has been to enlist the coercive power of the state to quash it. That strategy poses a new level of threat to the open society.

Sanctions are tools of national governments. Ours imposes them frequently, sometimes for good reasons, as with Russia, sometimes for questionable reasons, as with Cuba. Divestment and boycotts are tools of organizations and associations as well as individuals. Universities, for example, not only make decisions about where their endowment monies are invested, but also their faculties and athletes decide whether to participate in events held in certain countries.

In the 1980s, there was widespread support in the U.S. for boycott and divestment aimed at apartheid South Africa. Congress finally passed a sanctions bill in 1986. While that BDS movement had enormous racial implications, it was motivated by allegiance to justice, not to race.

One would think that the BDS movement against Israel is similarly motivated. Not so, according to Israel and its supporters abroad. It is anti-Semitic. Using that characterization, in the U.S. pro-Israel supporters have gotten legislators to file more than 260 bills that in various ways would punish individuals, businesses and (at the federal level) countries for supporting BDS. While most of the bills have been defeated or are still pending, 34 states now have at least one anti-BDS law on their books. For a comprehensive survey, visit the website of Palestine Legal. On the interactive map there, you can click on any state and learn if and what kind of anti-BDS laws are in effect. There are none in Oregon, and Congress has yet to pass any of the numerous anti-BDS bills that its members have filed.

Most of these laws prohibit the state from contracting with any firm that supports BDS, often requiring them to sign a written certification to that effect. Other laws forbid state pension funds from investing in companies that boycott Israel or Israeli businesses. Many state legislatures have passed non-binding resolutions condemning all BDS activities and advocacy as discriminatory against Jews.

The ACLU considers that such laws violate the First Amendment. Federal courts have struck them down in Arizona, Texas and Kansas. It’s not clear whether any of these laws ultimately will pass constitutional muster. I doubt if the federal courts would have upheld a Mississippi law forbidding the state to contract with any business that supported BDS against apartheid South Africa. But the times may have changed.

Herbert Rothschild is an unpaid Ashland.news board member. Opinions expressed in columns represent the author’s views and may or may not reflect those of Ashland.news. Email Rothschild at herbertrothschild6839@gmail.com. 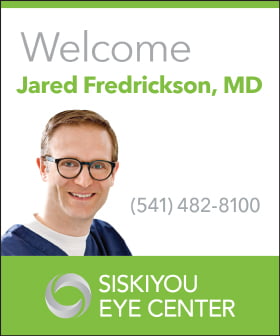