Rogue Retreat criticized as discriminatory and homophobic in activist report

By Stephen Floyd for Ashland.news

A faith-based network of homeless shelters throughout Southern Oregon, including in Ashland, has been challenged by progressive activists for promoting gay conversion therapy, despite its nonprofit status and use of public funds.

Rogue Retreat and its executive director, Chad McComas, were criticized in a June 9 investigative report for promoting Celebrate Recovery, a widely-condemned 12-step program which conditions straight behavior in gay men.

The report was published by Siskiyou Abolition Project and Siskiyou Rising Tide, who called for scrutiny of the millions of dollars in public funding received by Rogue Retreat.

The report was released during Pride Month, which highlights the culture and contributions of the LGBTQ community. Activists planned to distribute their findings during Medford Pride this Saturday.

“Intentionally blurring the lines between church and state is an alarming agenda from someone who interprets the Bible as explicitly anti-gay and guides Jesus’ followers to promote harmful conversion programs,” said the report.

A representative of Rogue Retreat could not be reached for comment prior to deadline.

In a statement published late Friday on the Medford Alert website, Rogue Retreat said: “Rogue Retreat is not a faith-based organization and does not promote or support conversion therapy nor do we require any religion affiliation for services. Rogue Retreat is separate from Set Free Ministries and is not associated with the leadership of Celebrate Recovery in any way. Rogue Retreat meets participants as they are (many with addiction and/or mental health challenges) and provides creative and temporary housing for them — a place to call home. …

“Rogue Retreat staff come from all walks of life and our services are open to anyone regardless of age, color, disability, gender, sex, gender expression, gender identity, sexual orientation (LGBTQ+), national origin, race, religion, or veteran status. Rogue Retreat is committed to equity, diversity, and inclusion.”

Rogue Retreat was founded in 1998 by Set Free Christian Fellowship, a Medford church co-founded by McComas the year before. It operates 13 homeless shelters in Jackson and Josephine counties, though a temporary shelter in Ashland established to help meet overcrowding in homeless shelters is set to close this month.

The June 9 report said, though Rogue Retreat and Set Free Christian Fellowship are separate entities on paper, the church regards Rogue Retreat as one of its official ministries and there is regular cross-promotion of church programs at shelters, with McComas personally known for proselytizing to shelter residents. Rogue Retreat was listed on the church’s website among its services until it was removed sometime after March 12, according to archive.org.

But despite ministerial intentions, gay conversion programs like Celebrate Recovery cause lasting psychological damage, said the report, rising to the level of what one contributor said was abusive behavior.

“This type of abuse — the religious framing of it — it cuts differently,” said Maig Tinnin, with the Housing Justice Alliance, who was quoted in the report.

Tinnin was described as a former Evangelical who now advocates for homeless communities in Jackson County. They said the type of damage caused by the systematic repression of sexuality in the name of faith can be severe and lasting.

“When a person uses spirituality and your understanding of hope and love to make you believe that who you are is wrong,” they said, “that who you are is hurting the people around you, and that God is ashamed of you … it’s hard to express the amount of harm that does to a person, and how difficult it is to undo.”

The report said McComas was confronted with the harmful impacts of Celebrate Recovery at least once in 2018 when a community member sent a letter urging for an alternative. The name of the author was redacted from the report, per their request, though they described themselves to McComas as “a fellow Christian.”

The letter described how the author’s friend found a brochure for Celebrate Recovery at a Rogue Retreat facility and they were “deeply disturbed” by the brochure’s claims that homosexuality was a harmful, sinful condition that should be treated through behavior modification, calling these notions “thorughly debunked.”

“The idea that an individual can change their sexual orientation through any kind of therapy or counseling as implied by the brochure has been proven devastatingly harmful,” said the letter, which cited the American Psychological Assoiation, American Psychiatric Association, National League of Social Workers and American Medical Association as critics of Celebrate Recovery.

McComas responded with his own letter by insisting that the author may not understand what Celebrate Recovery is about, and that the program has helped “100s, if not 1,000s” of local individuals during the previous two decades.

“I’m sorry you don’t agree with the materials your friend received, but as you can see we are in harmony with the overall program,” said McComas.

The letter defending Celebrate Recovery featured logos representing ministries operated by Set Free Christian Fellowship, which included Rogue Retreat. The report said this illustrates an inappropriate connection between a nonprofit meant to serve people from all walks of life and a faith-based program that marginalizes and is openly hostile toward LGBTQ individuals.

“For supporters of LGBTQ rights, this is inexcusable,” said the report, which went on to quote Tinnin as saying McComas’ response “shows that he’s extremely bold in the level of homophobia that he’s willing to defend.”

Because of this connection to Celebrate Recovery, and other documented examples of homophobia expressed by McComas, Rogue Retreat and Set Free Christian Fellowship on social media, the report concluded that supporting Rogue Retreat with public funding may be a violation of the First Amendment and separation of church and state.

According to the report, Rogue Retreat does not publish online how much of their budget is supported by public revenue, but activists did learn their regular expenditures for 2019 totaled $1.8 million. However the report did document multiple instances of county state and federal dollars supporting either the program directly or the facilities it operates.

In November of 2021, the city of Grants Pass allocated $1.2 million in federal pass-through funds to an urban campground site operated by Rogue Retreat. The same year, Medford awarded $420,000 in CARES Act funding to the Redwood Inn site and is currently considering $500,000 to support Rogue Retreat’s navigation center, set to open next month.

The nonprofit also benefitted from a $300,000 state grant awarded to the city of Ashland to open an urban campground operated by Rogue Retreat to alleviate overcrowding in shelters due to the pandemic and wildfires. However, on June 3, just five months after opening the facility, Rogue Retreat announced it would be closing the Ashland site after the grant funding was depleted.

Speaking for the marginalized

Activists said the goal of publishing their findings was to inform donors, lawmakers and community partners of the conditions at Rogue Retreat facilities for homeless persons who identify as LGBTQ. They said, while there is no hard data available for how many local homeless persons identify this way, there are LGBTQ homeless people and advocates willing to speak up about how difficult it is to find acceptance in an already-vulnerable situation.

“You’ve got people on the street in Medford whose only option for showers and laundry are homophobic churches,” said Trinity Shaw-Stewart, a young adult who spent time homeless in Medford as a youth and who contributed to the report. “The pastor runs the shelter system. How are gay and trans folks going to be treated by a nonprofit whose director believes their identity is a sin and a ‘choice’? It shouldn’t be hard to understand how this makes queer and unhoused people struggle to get services and shelter.”

“As a trans woman, recovery from substance use has been a key part of bringing me closer to who I am,” said an anonymous contributor to the report. “Preying on people who are at rock bottom, and telling them that who they are is wrong, or that they should be fixed, is an act of violence I can’t explain well in words. Programs like Celebrate Recovery lead my community to drink again.” 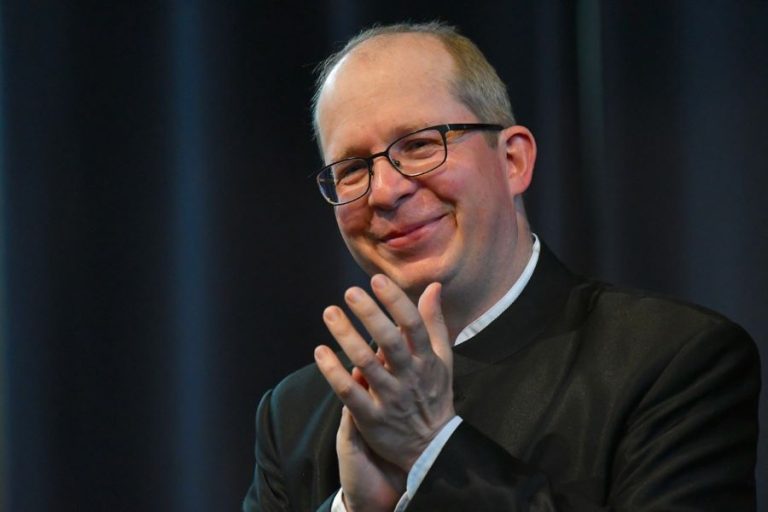 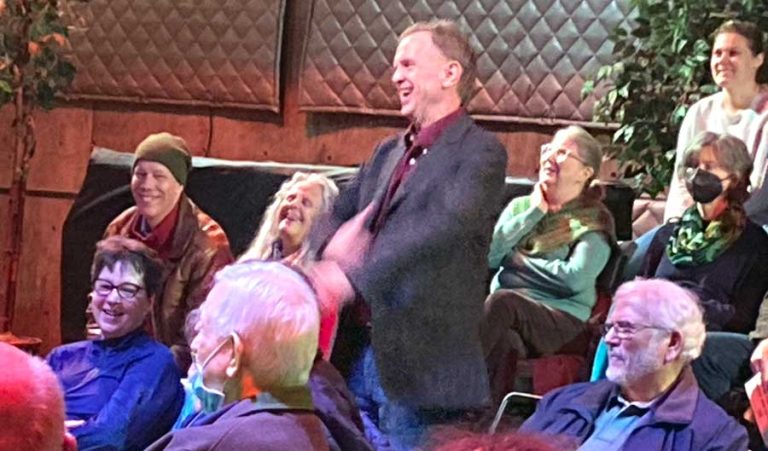