Señora Chela, also the founder of the sister university partnership, looked on as Southern Oregon University President Rick Bailey and SOU Trustee Daniel Santos presented both Mexican politician Juan Carlos Romero Hicks and his wife, Frances “Faffie” Romero Siekman, with the President’s Medal, lauding their commitment to education and humanitarian work. Approximately 200 people from throughout the community gathered in an ornate ballroom, converted from a hotel, at the University of Guanajuato, which overlooks the colorful city.

Romero Hicks earned two Master of Science degrees from Southern Oregon University in Ashland (1979 and 1981) through the Amistad exchange program. He went on to serve as president of the University of Guanajuato and governor of the state of Guanajuato, as well as terms as a Mexican senator and congressman. He is currently considering a run for the presidency of Mexico in 2024. If he does, he would be expected to make that announcement in 2023.

Romero Siekman, known fondly to many as “Faffie,” is celebrated for her humanitarian work, including, but not limited to, her work with at-risk youth and her generous contributions to the Ashland Amigo Club Endowed Scholarship, by matching and even exceeding the funds raised at Guanajuato Nights dinners held each November in Ashland.

Ashland’s Amigo Club President Mina Turner said in a letter that the matching funds served to “reinvigorate” the Amistad student and academic exchange program between the universities.

Janet Fratella, vice president of university advancement and executive director of the SOU Foundation, added that the 5-year-old Amigo Club Endowed Scholarship is today, thanks to Romero Siekman’s backing, valued at $250,000.

Romero Hicks is also an emeritus member of the SOU Foundation.

“Juan Carlos and Faffie, you are remarkable,” Fratella told the pair, seated in the front row.

Turner shared a letter she wrote congratulating Romero Hicks and Romero Siekman on their awards.

“Each of you is a role model for those dedicating their life to public service,”  Turner wrote. “The Amigo Club applauds both of you for your outstanding support during more than 50 years of sister city relations.”

After receiving the medal, Faffie said she often feels like the luckiest person in the world, and Monday was such a day.

“My mother always said, ‘The reason we exist is to make the world a better place.’ And she said, ‘Always look for people who are doing that ….” Faffie said.

In an Ashland.news interview with SOU President Rick Bailey on Tuesday, he expounded on Faffie’s philanthropic efforts.

“Faffie has done the same thing (as Romero Hicks) but with a different path,” Bailey said. “When I say ‘philanthropy,’ I don’t mean just donating dollars, I mean time, energy, love, compassion for so many different living things.”

When asked what the pair means to SOU, Bailey simply said, “Royalty.”

“We’re so proud of our connection to them,” Bailey said.

“In many ways, they’re the embodiment of the relationship,” Bailey said. “Both of them lead with their hearts. They have limitless love for both of our communities and the people who they call family are family to them.”

“They really embody the values of the (Amistad exchange) program, and in individual ways,” he added. “Juan Carlos has taken his education and given his life to the service of others and Rector General (president) of the university (of Guanajuato) and as a state governor, state of Guanajuato, as a senator, as a member of Congress; it’s clear that he’s contributed his time and his energy to others.”

Raiders return to University of Guanajuato

The celebration prominently featured the Raider red and black school colors, welcoming new SOU President Rick Bailey on his first visit to the campus and celebrating the partnerships between the institutions. It was the first visit by a delegation of Southern Oregon University officials since the 50th anniversary celebration in 2019.

Bailey addressed the gathering during the program to recognize Romero Hicks and Faffie, which drew dozens of individuals from several public sectors of the community, including the city’s fire department and city of Guanajuato officials. He emphasized that he and his wife, Diana, both were the first in their immediate families to graduate from college.

“We understand how powerful universities can be,” Bailey told the crowd. “The more we have citizens and community members who can think broadly, the better they are to make decisions for how we move forward as a society.”

“We have a lot of big challenges in our society today,” he added. “The thing that helps me sleep at night is that this university (University of Guanajuato) and our university, Southern Oregon University, we are helping students to think more broadly about the world.

“With the challenges that our students are going to face in the future, the opportunity to open up their minds to the world will help better prepare them for the challenges to come and I am confident that they will be ready for those because of this. This is why this relationship is so important and this is why I am so honored to be a part of this event.”

Not everyone was able to attend the gathering in person, so Janet Fratella, vice president of university advancement and executive director of the SOU Foundation, shared remarks from former SOU President Joseph Cox, who served as president of SOU from 1987 to 1994, and his wife, Regina Cox:

“Regina and I first met these remarkable people nearly 40 years ago in the gloriously hectic midst of Cervantino, and we have been scrambling to keep up with them ever since,” read a letter signed by the couple. “Their good works and deep love for the people of Guanajuato and Ashland inspired their dedication to making a lasting difference in these two wonderful communities. The ties that bind and energize Amistad have been taken to heights the founders only dreamed of.

“Through it all they have never sought or welcomed recognition. Their reward has come from doing and leading. That is what makes our honoring them with the President’s Medal today so very special,” the Coxes added.

The bilingual presentation also included remarks from University of Guanajuato’s Rector General Luis Guerrero Agripino and SOU Foundation Executive Director Janet Fratella, as well as Daniel Santos, chair of the SOU Board of Trustees, whose grandmother was from Guanajuato.

“It is really important for all of us to celebrate this beautiful relationship we have between the University of Guanajuato and (Southern Oregon University),” Santos said.

Santos said, since 1969, the two communities are both better for being in partnership.

“Who can talk about 53 years of friendship?” Santos said.

“As Señora Chela likes to say, it’s also been the producer of more than 80 marriages between alums in Guanajuato and Southern Oregon,” Santos said. “We believe the sister campus relationship with University of Guanajuato is an important part of the Southern Oregon University family. We honor it today by honoring Juan Carlos Romero Hicks and Faffie Romero Siekman.”

Following the program, Romero Hicks posed for photographs with Guanajuato firefighters, some of whom traveled to Southern Oregon during the Almeda Fire in 2020, and aided with translation services for Spanish speakers.

Bailey also said he invited Romero Hicks and Romero Siekman to visit Ashland, which they do occasionally. Romero Hicks told Ashland.news that one of his favorite dinner destinations while in Ashland is Omar’s Restaurant.

“I feel confident that they will (visit) in the future,” Bailey told Ashland.news.

Southern Oregon University senior Antonia “Tony” Boyd is currently enrolled in the Amistad Exchange between universities. The 21-year-old Boyd will be taking classes in Guanajuato through December.

One thing that has changed amid COVID-19 is restrictions on staying with a host family during the exchange program.

“(COVID-19 is) always going to be something that we take seriously, but it’s also something that’s not going to stop us from doing the important things, so we just have to be safer when we do them,” Bailey said.

With one year left in Rector General Luis Felipe Guerrero Agripino’s term, Bailey said the two plan to work toward leveraging how to bridge the university’s relationship for a smooth transition to the University of Guanajuato’s next president.

“The relationship between our two universities has always been strong, but the activities have waxed and waned, over time,” Bailey said.

Bailey said the goal is to “create something that’s enduring” between the universities from “administration to administration.”

“So much of our relationship has been on the back of Señora Chela,” Bailey said. “So the idea is, how do we … honor Señora Chela’s work by making sure that that is enduring.

“As a testament to her, as a tribute to her,” he added.

“She goes above and beyond to help every single student from both communities as they are experiencing this (Amistad exchange) and we’ve heard stories about her taking different students to different states.” 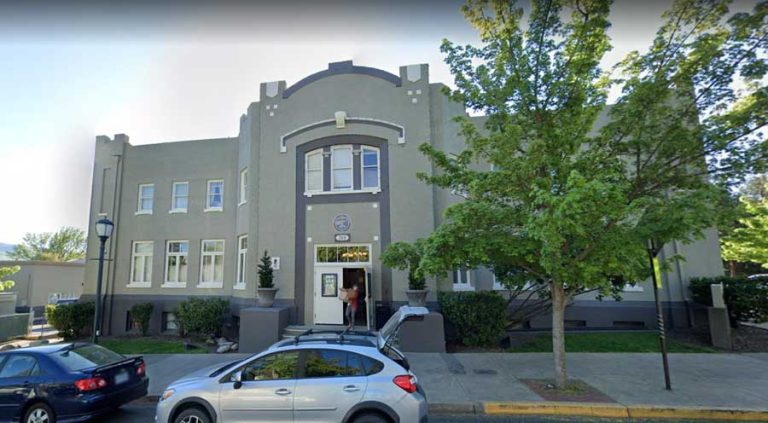 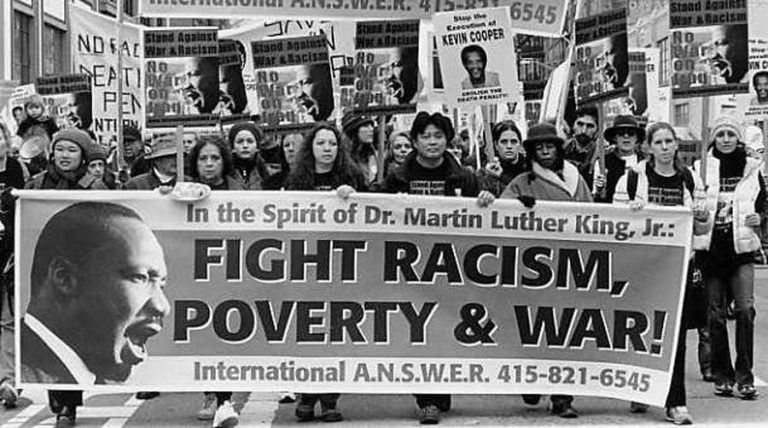 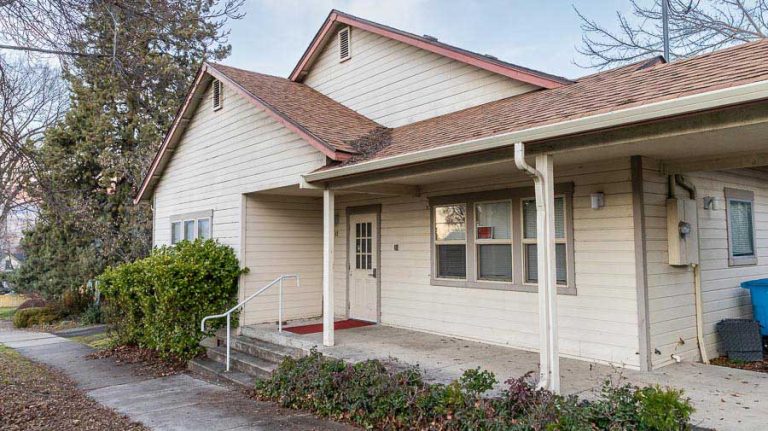