The Journey — a ‘lost’ sculpture now on Water Street

A sculpture called “The Journey,” depicting 12 characters representative of life’s stages, had quite a journey of its own before it was unveiled at a small ceremony on June 18 at a quiet, park-like location nestled between the Blue Giraffe Spa, Plaza Inn and Suites and Ashland Creek at 51 Water St., just across the creek from the public parking area on Water Street under the Lithia Way overpass.

The Journey: How it came to be

Marion Young moved from Los Angeles to Ashland in 1988 to sculpt the Street Scene commission, her large sculpture downtown front of the Chamber of Commerce office on East Main Street at Pioneer Street. She was literally surrounded and inspired by the cauldron of creativity at Oregon Shakespeare Festival (OSF). For four years, her studio was within the Old Scene Shop at OSF.

Archetypes of the journey of life

Young wrote: “Each of the 12 characters that circle this sculpture is a representation of one of the archetypes of the journey of life. If these figures have life, they will be projected upon by the viewer, in a non-verbal experience of the heart.”

Young was influenced by the work of psychologist Carl Jung, who developed the theory of archetypes. Jung believed that key images and themes appear with similar meanings in many different cultures. He called these universal themes archetypes.

Sadly, Young was not able to complete The Journey. Early dementia caused her to stop sculpting in the mid-1990s. It was about 90% complete at the time. Unfinished, it ended up in the basement of her friend Margaret Sinclair’s house for 25 years.

In July 2019, local businessman and art philanthropist Matthew Haines learned of The Journey from Marion’s niece, Robyn Michele Jones. Haines had been Young’s friend for many years, both during her sculpting years in Ashland and also during her illness. Jones put him in touch with Sinclair. Haines rescued the unfinished artwork and brought it to experienced local sculptor and bronze artist Jack Langford.

Langford took on the challenge of working with fragile, 30-year-old clay and making it ready for bronze casting in his studio. He also completed sculpting the unfinished character of Mephistopheles, who represents our dark side. Because of the complexity of The Journey, Langford had to create 35 molds of the clay sculpture to capture all of its exquisite detail in bronze.

Who modeled for Young in The Journey?

Here are the archetypal characters as Young named and described them in her description of the sculpture. Words in quotation marks are from Young; other comments were added.

• “The Young Boy: A Magical Child, the part that knows everything. Model: Reid Beels.” Beels modeled for The Journey when he was just 6 years old.

• “The Joker: A wise part and one that keeps us from getting too serious — there is always a waiting banana peel. Model: Patrick Page.” Page was an OSF actor in 1990 and 1991. He went on to Broadway, where he has starred in numerous shows, including “Beauty and the Beast” and “The Lion King.”

• “The Bosomy Lady: Our earthy, sexual self. Model: Gretchen Rumbaugh.” Rumbaugh modeled for Young in 1990, Rumbaugh’s last season at OSF. That year she played the seductive, earthy and sensual daughter of the Troll King in the production of “Peer Gynt.” After seeing the play, Young asked Rumbaugh to model for her in the costume she wore in the play.

• “The Queen: The dignity of parenting. Model: Catherine Coulson.” To people in Ashland, Coulson was a beloved member of the OSF acting company for 22 years, until her death in 2015. To the rest of the country, she was most famous for being the Log Lady in the TV show “Twin Peaks.”

• “The Young Girl: The writer of the script. Model: Zohar (Zoey) Sirinsky.” Zoey is the daughter of Catherine Coulson and Rabbi Marc Sirinsky.

• “The Warrior Woman: Power. Model: Megan Cole.” “Liz” Cole acted at OSF several times, including in the early 1990s when Young was sculpting The Journey. She also had a television acting career between 1984 and 2008, including spots on “Seinfeld,” “ER” and “Star Trek.”

• “The Dragon: In mythology, the Hero or Heroine must always fight or outwit the Dragon in order to leave the kingdom on their journey. We often create ‘dragons’ when we venture beyond the boundaries of our own inner kingdoms, so the Dragon is a symbol of our fear of the unknown and the guardian of the unconscious.” Model: a dragon, of course.

• “The Troll: (or the Hag) The unexpected, ugly little person who gives us the perfect advice or object for our journey. This is our least-liked self, sometimes the bane of our existence, which is always our best teacher. Model: Sandy McCallum.” McCallum began acting at OSF in 1989, and retired in 2005. He died in 2008 and was eulogized by Tony DeBruno as “an actor’s actor.”

• “Ariadne: The Heroine, the Creative, the Muse. Model: Alison Grant.” Grant cofounded Actors’ Theatre, now known as Camelot Theatre, in 1982, and was artistic director there in the 1990s.

• “The Hero: A Parcifal-like figure, taken from a time of confusion, when he did not quite know how to be a hero. Model: Rex Rabold.” In Arthurian stories and Wagner’s opera, Parcifal — or Percival — was a “pure fool,” an innocent young man who searched for the Holy Grail and gradually learned wisdom about the world and about himself through the process.

• “The Wise Old Man: The state of consciousness, the awareness, that we hope we become at some stage of our journey — or at the end — that we are all the parts and they are us. Model: Rex Rabold.”

Rex Rabold modeled for both the Hero and the Wise Old Man. A beloved OSF actor for nine seasons, Rabold died in 1990 at the age of 39. What Marion Young wrote about working with Rabold is so moving that I will share some of it here. “I take a person into myself whole when I work — that is my own strongest intuitional channel. I was always so profoundly impressed to see how multi-leveled Rex was, how true and powerful and simultaneous each layer of his being was. … I simply have never known a human being who was so deeply honest.”

Concluding thoughts about The Journey

Marion Young envisioned a sculpture that would capture the essence of our human journey through the challenges, ups and downs, and growth process in life. She was not able to complete the sculpture and it languished in a friend’s basement for 25 years.

Then, with encouragement and financing by Haines, Langford transformed it into a shining bronze that captures the touch of Young’s hand on the long-ago malleable clay. The bronze shows every nuance of the faces and figures she created in her depiction of life’s journey.

Where you will find The Journey

The Journey was recently installed at 51 Water St., just one block from the Ashland Plaza. Behind a parking lot and across Ashland Creek on the west side of Water Street is the Blue Giraffe day spa. You will find The Journey in a park-like setting here, with the soothing sounds of Ashland Creek as a soundtrack to your viewing. 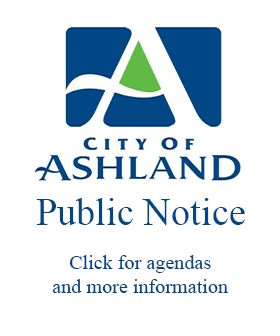