An Ashland nonprofit announced Thursday it has launched a $2.5 million campaign to renovate the former Super 8 motel that was the first of its kind to receive state funding from a program that pays to acquire motels for use as shelters for people experiencing homelessness, at-risk of homelessness or displaced by wildfires.

Options for Helping Residents of Ashland (OHRA), soon to change its name to Opportunities for Housing, Resources, and Assistance, announced it has already  raised more than $1 million toward the $2.5 million goal. Funds will also expand capacity at the Ashland Street facility.

OHRA also celebrated the official grand opening of the combination shelter, office and healthcare provider space, with special guests Rep. Pam Marsh and representatives from the Ashland Chamber of Commerce in attendance.

Marsh played a pivotal role in getting the Oregon Legislature to allocate $65 million to what’s known as Project Turnkey for the purpose of acquiring financially distressed motels and converting them into housing for those impacted by houselessness due to COVID-19 and wildfires.

OHRA is 65 to 70% completed with construction tagged at $1.5 million involved in its remodel of the shelterl, according to Michelle Arellano, development director and former executive director for OHRA.

The organization hopes to fill the funding gap through individual donations, foundations, and local and state grants.

“Our secret sauce is our staff,” Arellano said. “Our navigators work alongside people, meeting them where they’re at.

“They build incredible relationships to help them move from crisis to stability,” Arellano said.

The facility brings together all of the services needed to help people make life-changing transitions, Marsh told the crowds of dozens of attendees at the outdoor event.

“It’s not about sheltering people and then turning them back out on the street,” Marsh told dozens who attended the outdoor event. “It’s helping them have stability so they can get to address the issues going on in their lives.”

OHRA provides wraparound services with the help of care navigators who consult confidentially with guests. Since its opening in March 2021, 41 people have found housing through OHRA services, and 137 families are newly housed, including those who sought help from OHRA but did not reside there.

OHRA is adding space for additional community partners to assist OHRA guests, including the Department of Human Services.

The building was bought and brought into ADA compliance with a $4.2 million Project Turnkey grant in February 2021 and opened in April 2021. The grant was administered by the Oregon Community Foundation.

Since the purchase of the facility, OHRA has filled in the pool, installed a fire suppression system, offices for navigators, ADA accessible elevator, and space for a mental and medical health clinic operated by La Clinica. There will be two rooms for medical use and one room for mental health services, all overseen by a nurse practitioner. The rooms will be open five days a week and will be available to those utilizing services at the resource center and those staying at the shelter.

“In everything we do here at OHRA, we are seeking to move people from crisis to stability,” said Cass Sinclair, executive director at OHRA.

The organization started in 2012, and opened a laundry/shower trailer in 2013 so that those who were homeless could utilize services. OHRA opened a resource center in 2014 and a volunteer-staffed winter shelter in 2018.

“When COVID hit, we knew we needed to do something different,” Sinclair said.

OHRA added staff to help offer services to the increased number of people struggling with joblessness, health issues and housing.

“We’re so excited to have our new space here,” Sinclair said. “We’ve got 36 staff around the clock in three different shifts … and we know this model works.”

Every guest has their own room, they have their own microwave, their own refrigerator, and are served meals at night. The shelter is open 24 hours a day, seven days a week, 365 days a year to residents.

Guests can stay up to six months while they are assisted in finding alternative options and resources. A resource center at OHRA is open to all in need between 9 a.m. and 2 p.m. Monday through Friday.

“We’ve now had 200 guests through the shelter and of those 200 guests we’ve helped 42 people get permanently housed,” Sinclair said.

Jennifer K., of Ashland, who preferred to not give her full name, came to OHRA’s shelter on Valentine’s Day after her time was up at a domestic violence shelter in Jackson County.

“I was about to be on the street with a cat,” she said. “Basically, they only give you so much time and it ran out.”

Jennifer is relieved to have her own room at the shelter and to get vegetarian meal options.

She’s working with a care navigator towards becoming self-sustainable once she leaves.

“I’d really like to get into a mobile home,” Jennifer said. “I had one in Illinois … it was my space. No sharing walls.”

If not for OHRA, the 52-year-old doesn’t know where she’d be.

“I wouldn’t know how to survive on the street at this age,” she said.

OHRA’s resource center, which co-located to the former motel building, also sees an average of 40 to 50 people per day. The center provides a wide range of services, such as ordering  a birth certificate or signing up for Section 8 Housing, in addition to mental health services.

“The majority of people we’re seeing in the resource center are housed community members that are maybe just one check away from becoming unhoused,” Sinclair said.

Ashland resident Cheryl Lynn is sleeping in her car with her three dogs. OHRA has been helping connect her with resources, including helping her produce a copy of her birth certificate and Social Security card.

“I might be a couple months away from getting a house,” Lynn said.

“Hopefully someday I’ll get a job,” she added, noting she’d like to work in the meat department of a grocery store or at the DMV.

“One step at a time with God,” Lynn said.

These kinds of “low-barrier” services are what executive director Cass Sinclair say help the most vulnerable population within the community, such as Lynn.

“There’s more work to be done, but we’ll do it all together,” Sinclair said.

For the first time in three years, the Ashland 4th of July parade will step off at 10 a.m. Monday, Independence Day. The parade’s theme is “Ashland Cares!” in recognition of medical staff on the frontlines of COVID-19 who cared for and continued to care for patients with the virus during what has been a “tumultuous” past two years, locally and around the world. 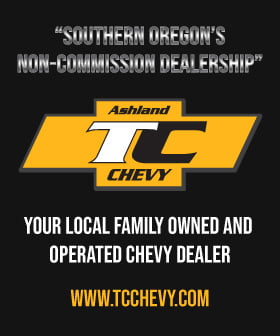 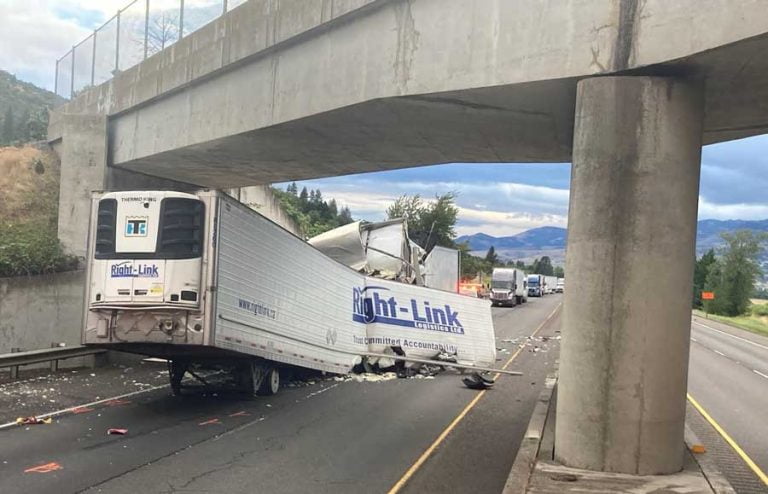 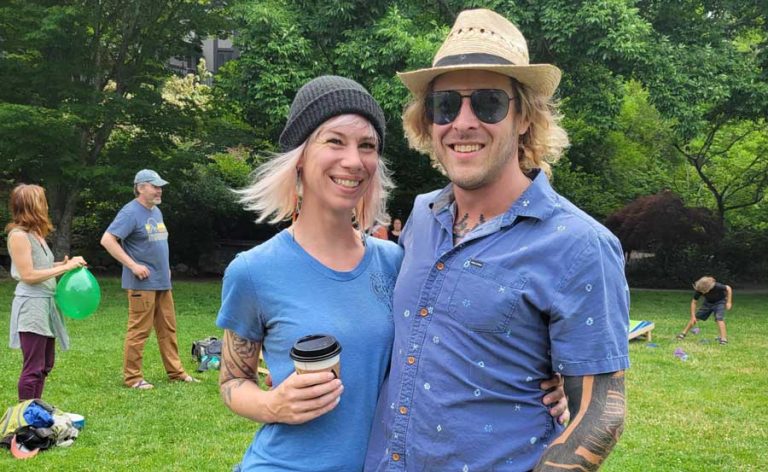 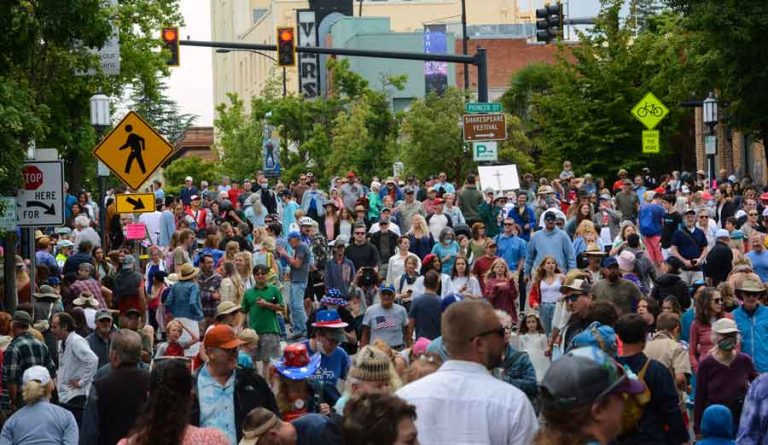